Hey everyone, Welcome back to one of the final few episodes left on My London Bucket List!

This day was a day of a lot of drinking and catching up, it was awesome.

I met up with our family friend Ellie. The last time I saw Ellie I don’t even think I was old enough to drive let alone drink; so being 21 and in the city naturally a catch up was needed with PLENTY of drink! Ellie has been living in London for a while now so she knew all the best spots to have a drink as well.

We met on Oxford Street and made our way to Carnaby Street. I had never been to Carnaby Street but it was on the list! So we had out first drink there at a place called Carnaby Zebrano, a cocktail bar just off Carnaby. It was really lovely. 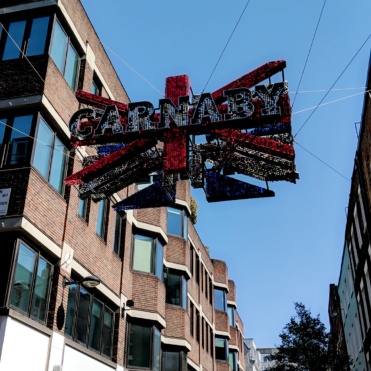 The sun was shining so we sat outside and we talked about up and coming holidays and how Ellie was going to Ibiza and myself Budapest! As it was a cocktail bar we consumed many. I had a Kiwi Cooler and Strawberry Sensation cocktail and they were as great as they sound.

I could now tick Carnaby Street right of my bucket list as well!

After a good couple of hours spent eating nachos and chatting shit we moved on to a place I’ve wanted to go for ages, Madisons at St Pauls. I know if you watch TOWIE or Made in Chelsea it’s a place you will recognise.

On the sixth floor of a shopping mall beside St Pauls Cathedral, Madisons is a Tapas and Cocktail bar. The view from the top is amazing, especially of the cathedral. When we arrived it was a bottle of Rose for the two of us which went down an absolute treat whilst we continued to catch up on life as we know it. 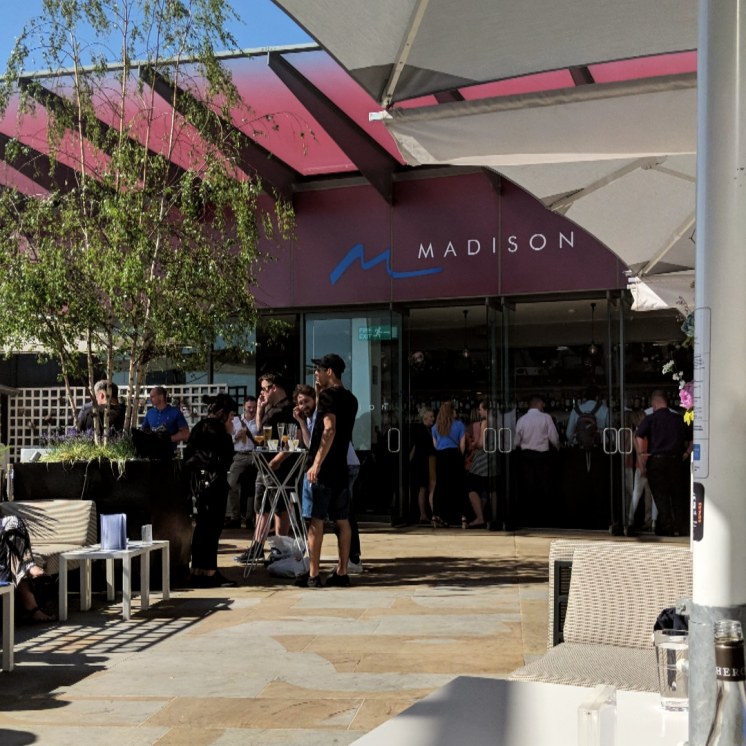 It’s definitely priced for London. Expensive depending on what you buy. I am used to a £7.50 bottle of Barefoot Rose so you can imagine the difference between that and the £28 bottle we bought! Naturally of course, the photo opportunities were not wasted either on the rooftop!

After being asked to move due to there being a table reservation, probably for some glam Z list star, we made our way out and on to the next place! Walking past St Pauls and over the Millennium Bridge & the Thames, we didn’t get far before we stopped again. Too thirsty!

We ended up literally to the side of the Millennium Bridge at a place called the Founders Arms. It was the time of day where everyone had finished work so it was BEYOND busy, getting a seat inside or on the balcony was an absolute no BUT, there was a gate which lead down to the side of the Thames and naturally as it was low tide, a sit on the sand was on the cards. 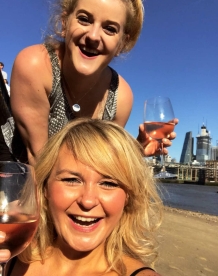 The view was great, it was warm and the drinks weren’t that expensive either which made a change! We sat and chatted MORE SHIT like us women do and it was the best day.

After many a Pimms, shoulder sun-burn and so much catching up it could’ve been endless, we called it a day.

It was a great day because I didn’t quite realise I was drunk until I got onto the tube. Thats when it hit me and LORD did it hit me. Brad and James had a good laugh at me when I got in the car in Watford, wasted and sunburnt.

All in all ot was a great day of drinking and catching up with an awesome family friend. Couldn’t have asked for a better day. 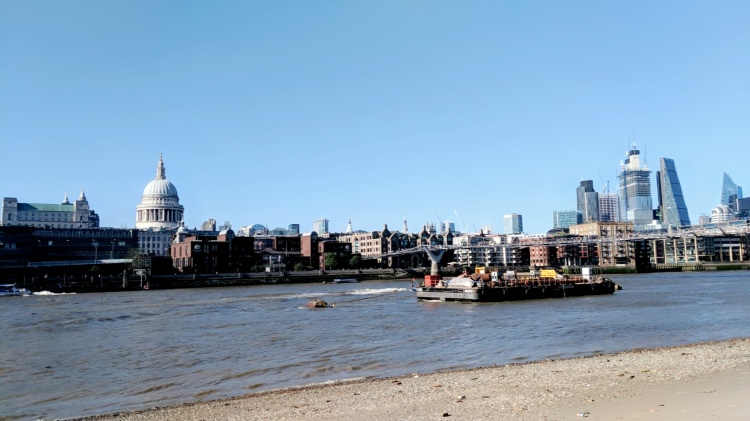 Travel runs (and flies) in my veins, let's have it! View more posts