They say that when you’re a university you should embrace your course, so I guess this is me embracing my course. One of our topics that we go over is Slum Tourism which is something that I took a really great interest in, especially due to my thoughts, opinions and also my experience. Although I haven’t directly been into a Favela (another word for a Slum meaning township or ‘community’), I’ve visited South Africa, and Cape Town in particular has a large Favela, Cape Flats, going through the middle, in other words Its absolutely huge. You can’t miss it. I guess the point I’m going to talk about is whether or not Slum Tourism is good or bad.

Everyone’s opinions are different in regards to whether or not slum tours and slum tourism is beneficial or if its disrespectful. For me, in my opinion, I find that its really intrusive and as a result of that I think its bad.

Imagine you’re in your own home minding your own business and doing what you would do on a day to day basis, washing clothes and dishes, eating, sleeping, looking after your children. When all of a sudden a huge group of people or a small group are looking through your window and front door and taking photos of your house, the layout, your things, the way you live and the way you do things for their enjoyment. Some take pity, others may laugh and mock, and other won’t say a word. How would that make you feel? Would you feel angry? Insulted? Like they’ve just invaded a space that wasn’t even theirs to do so? Like trespassers.

What we don’t realise is that Favela’s, townships, slums etc, they’re where people live. its their way of living, their life and their home and its not something most of them have a choice of. They don’t have what some of us are lucky enough to have and we see this by entering their territory, invading their own living space, their way of life and sometimes we end up ridiculing them as there are some with little to no respect for others. So why have we made their homes a tourist attraction? for us to enter and amuse ourselves with their misfortune.

When I visited South Africa I did not go into the Favela, we had a tour booked and the moment I’d heard about it I was skeptical. I really didn’t want to go by the end of it and luckily we didn’t end up going and this was due to our safety. We are intruders. To go on the tour would’ve been plain as day an invasion of privacy and its unpleasant for them, so it would be just as unpleasant for us. We need to respect their home just as we do our friends, families and anyone else’s house we enter.

Although there are some good things that can come from Slum/Favela tours. Sometimes favela tours can bring money to the community. Tourists spend money. If they are to come to the area they will pump money into the community. So although it is an invasion of privacy it is also a benefit to favela communities. Vice named this type of tourism ‘Poorism‘ due to the fact that these people live in poverty and we marvel that.

There are also some slum tour companies in other countries which will employ people from the favela to work with their company and this can be seen as a benefit as its giving these people jobs and money. Creating jobs for the community is definitely not a negative thing and it can also develop a cultural understanding between those who live in the favela and the tourists, as that is something that can also be an issue with these slum tours. The cultural differences and the lack and willingness of some tourists and those who live in the favela to understand & respect each other is evident, theres no doubt you’ll have those who believe they are bigger and better or theres resentment, and this can come from both sides.

Favela tours can make us realise that if we continue to ignore this poverty it will only get worse/develop. Overall I believe slum tourism is wrong, but due to some of the benefits the tours bring morally and to help the community its not all as horrendous as it seems, and as I said before it would be worse of us if we ignored it. 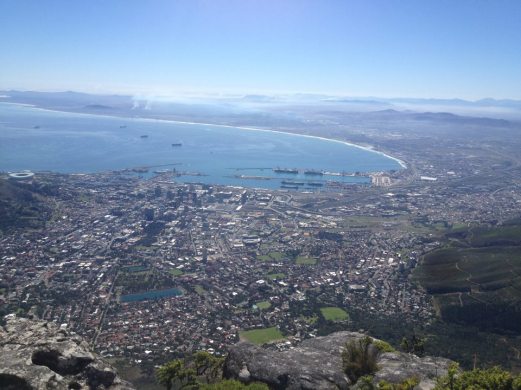 (please remember this is only my opinion, something we’re all entitled too).